You are here: Home / Home Ideas / DIY Halloween Playdough
This post may contain affiliate links for your convenience and at no extra cost to you, please refer to our affiliate disclosure for more details.
Tweet
Share34
Share
Pin669
703 Shares 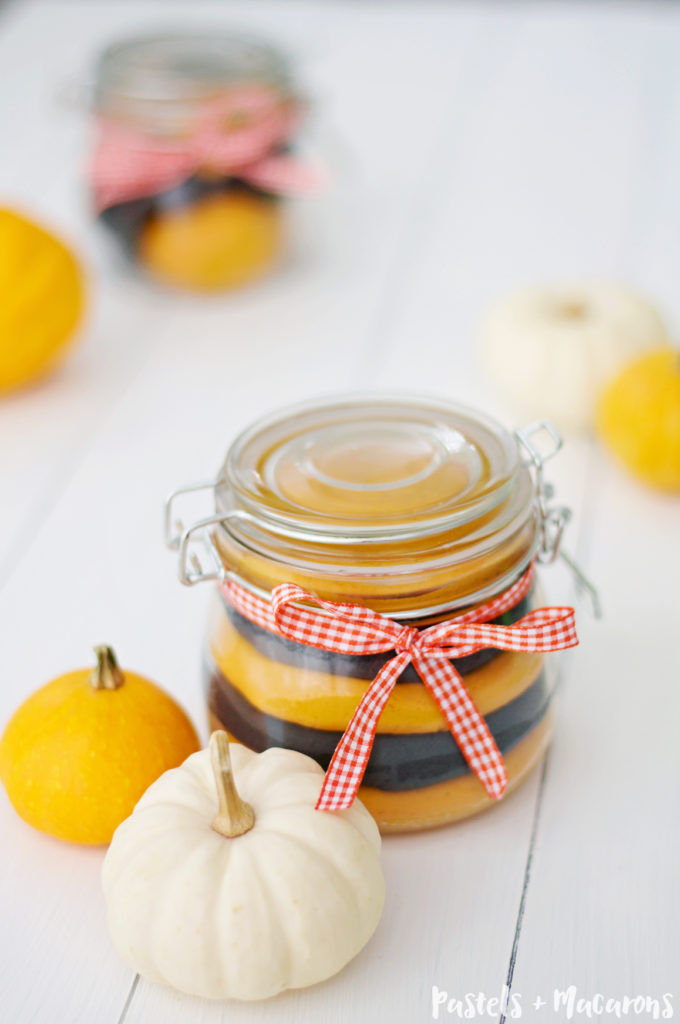 Who’s kids don’t love playdough? Well I know mine are right into it.

I’ve had this idea in mind for about one thousand years. Ok… I lie, not that long but for a while. Ever since the start of Autumn and I finally got around to making it for the kids. The verdict? Massive success. Locky loved the colour combinations. He kept pointing out the black one. They have played with colourful playdough but never black so it was pretty exciting stuff. 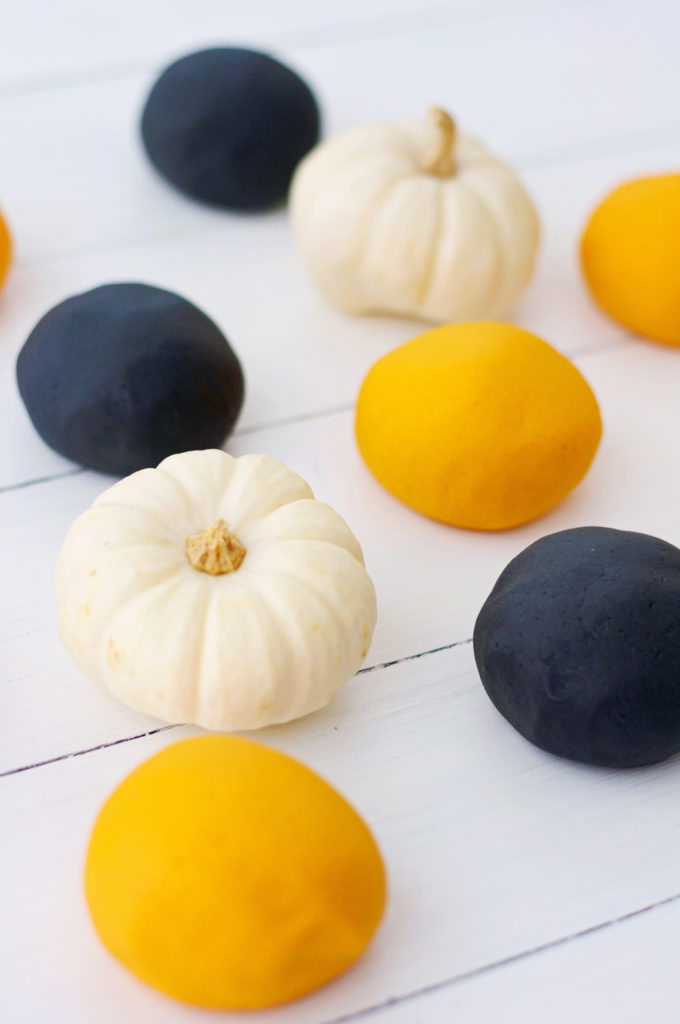 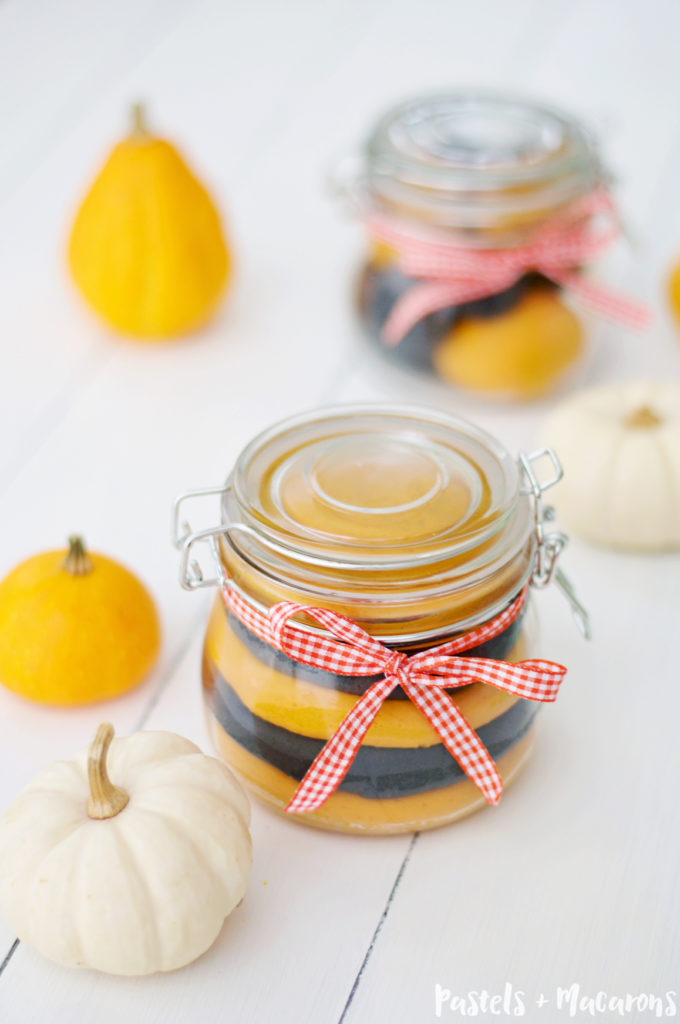 Cooper turned one yesterday and he played with playdough as a little birthday treat for the first time. How exciting for him. He loved it. He snuck a little in his mouth but no where hear as much as the ridiculous amounts that I have to dig out from Locky’s mouth every time he plays with the stuff, hence why I started making playdough in the first place. I love knowing what’s in it but also because Locky is terrible with shoving anything in sight in his mouth. The stuff that I’ve found in that boy’s mouth is not right. 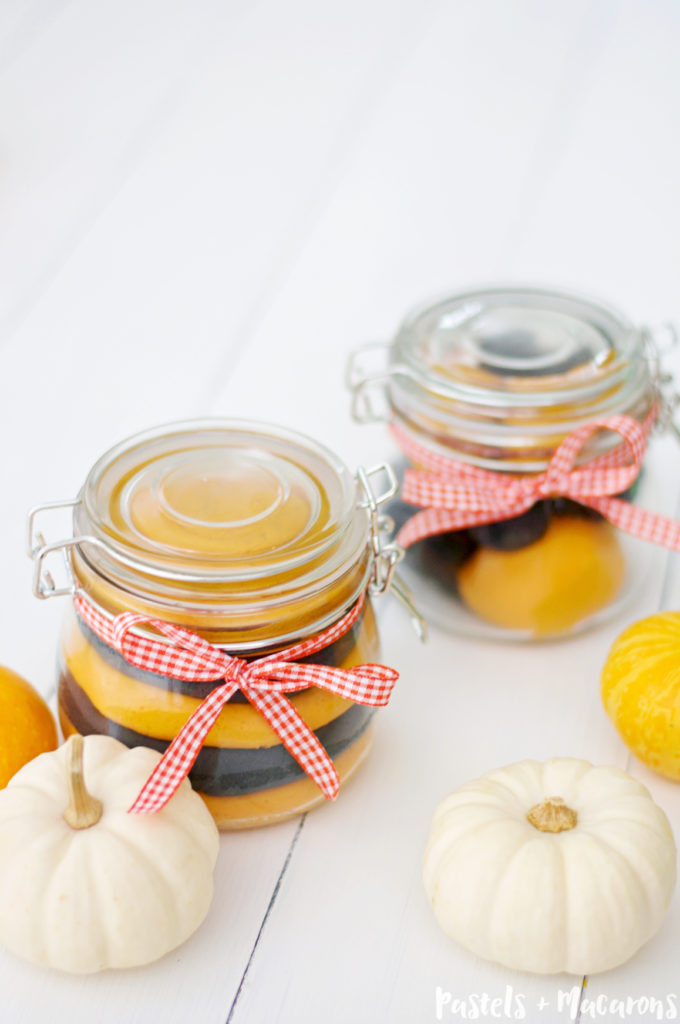 I really don’t need to sit here and sell you on making this because it’s pretty obvious how awesome playdough is. I will tell you though that this has already provided hours of fun for my kids. I’ve been making them playdough pumpkins, bats, witches hats, black cats, black worms> Pretty much anything easy to make that’s Halloween themed and then we sit and practice the words and it’s actually a lot of fun.

If you’re new around here then you may not know I’ve gone on some sort of crazy frenzy with Halloween because I’m terrible for leaving everything to the last minute so I’m having a “HALLOWEEN WEEK” where I try to post as many Halloween inspired posts in a week. Now my limit is one a day, not sure if I will reach this but I do have some other cute Halloween DIY’s coming up in the next couple of days. You can view the first two DIY’s I made and that you still have time to make HERE and HERE. 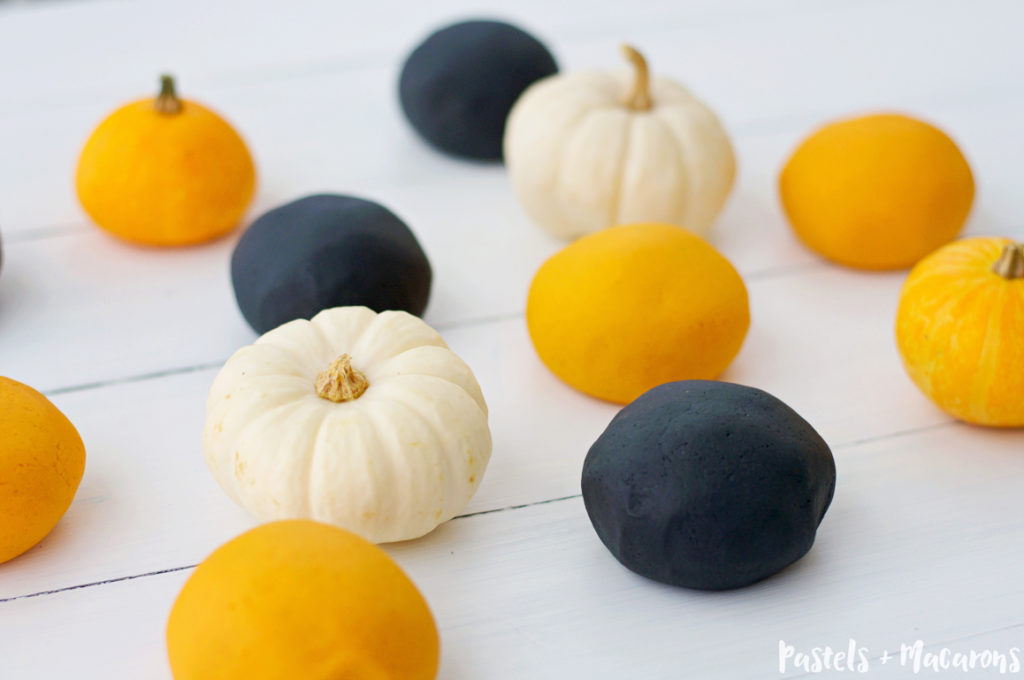 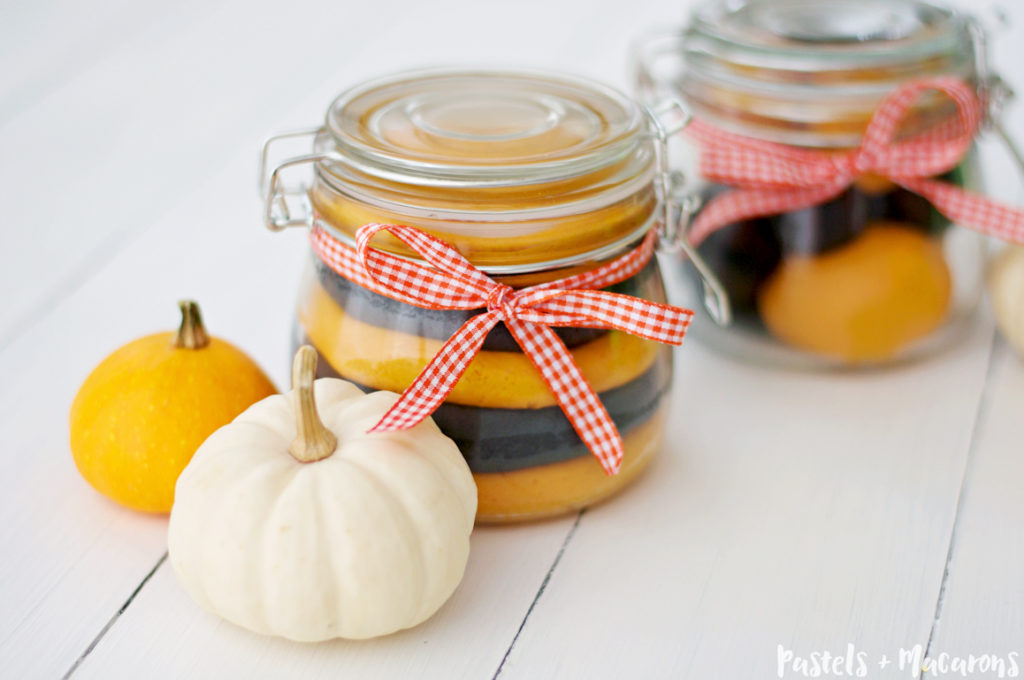 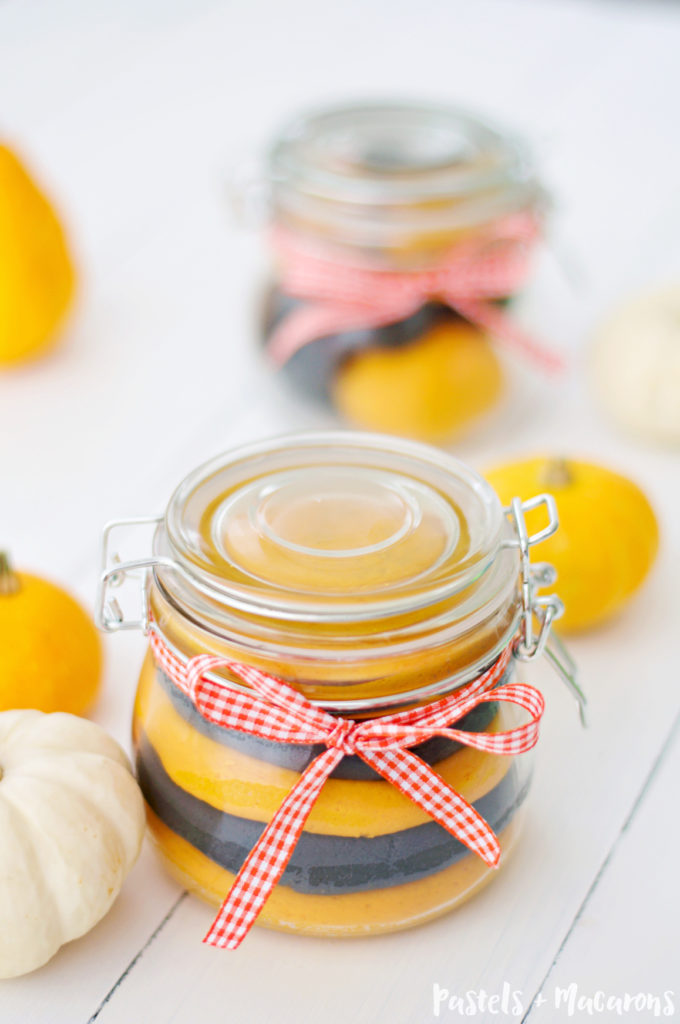 This post has lots of images but I loved this playdough so much I couldn’t help but take a million photos. haha. And I couldn’t choose which ones to use so I used a fair few of them. It has turned all black now thanks to the boys but this is ok.

Here are the boys enjoying their DIY Halloween Playdough. Coops felt like such a big boy playing with his big brother. It was pretty adorable and special. And as you can see Locky was enjoying his Playdough feast! haha. Crazy child. 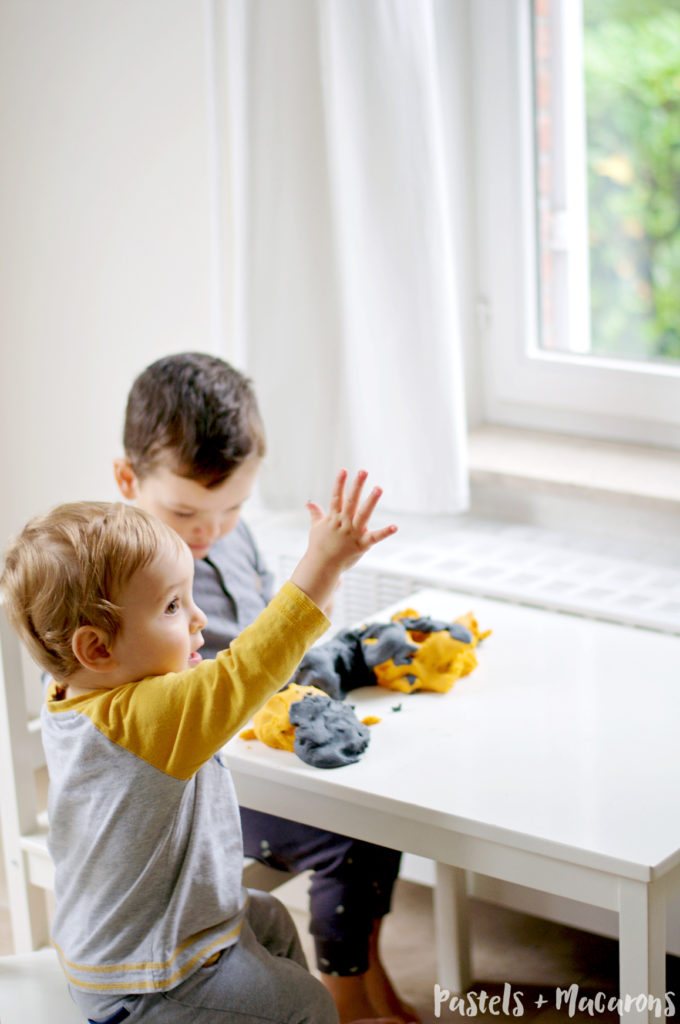 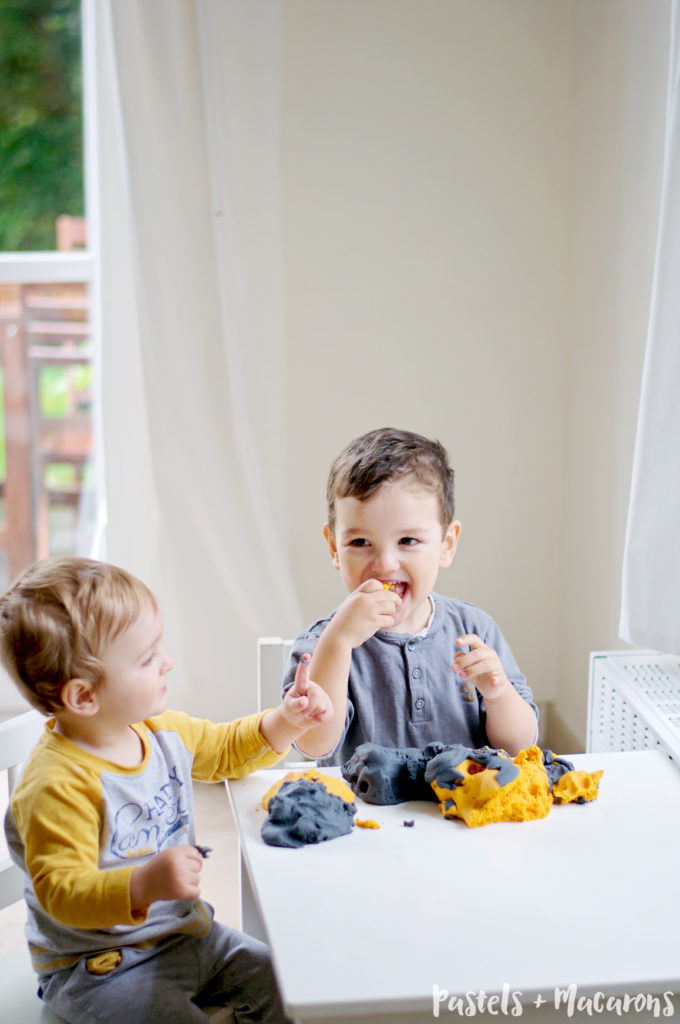 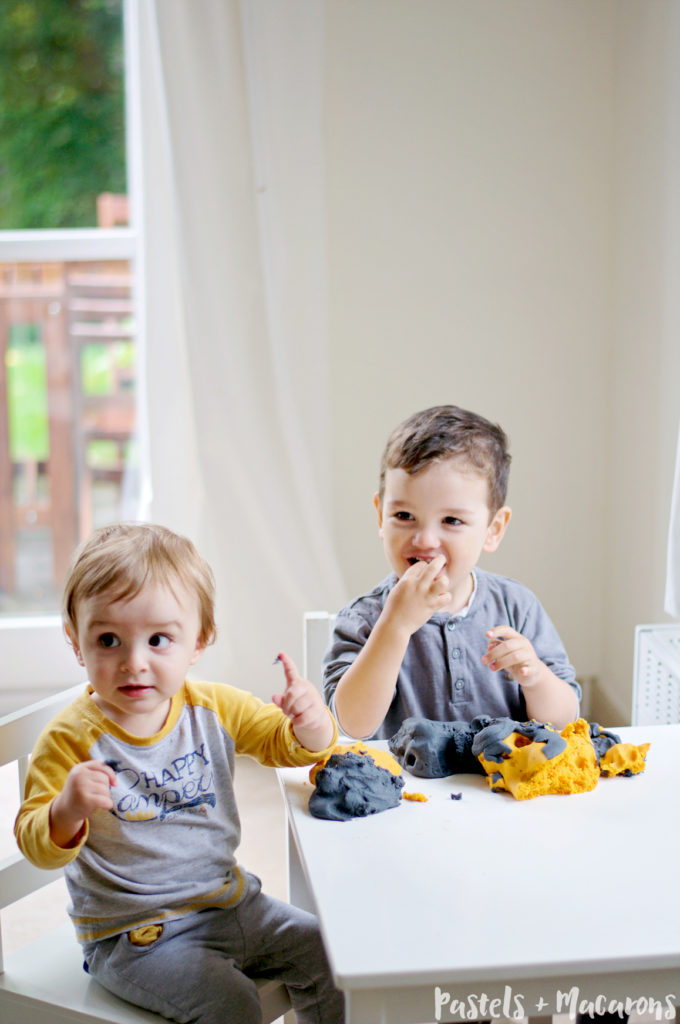 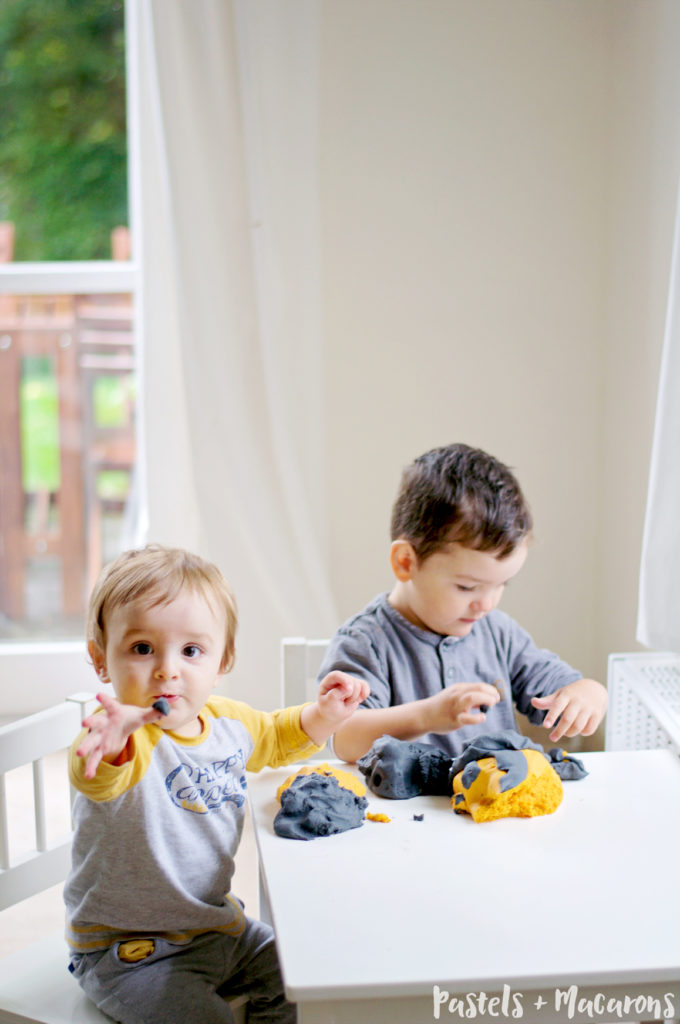 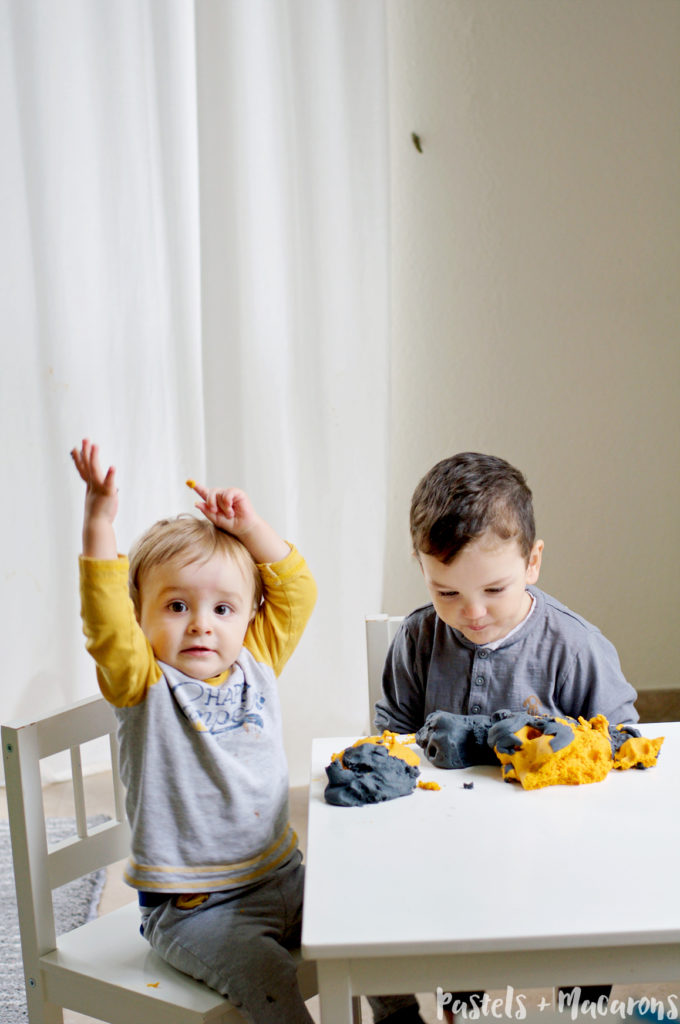 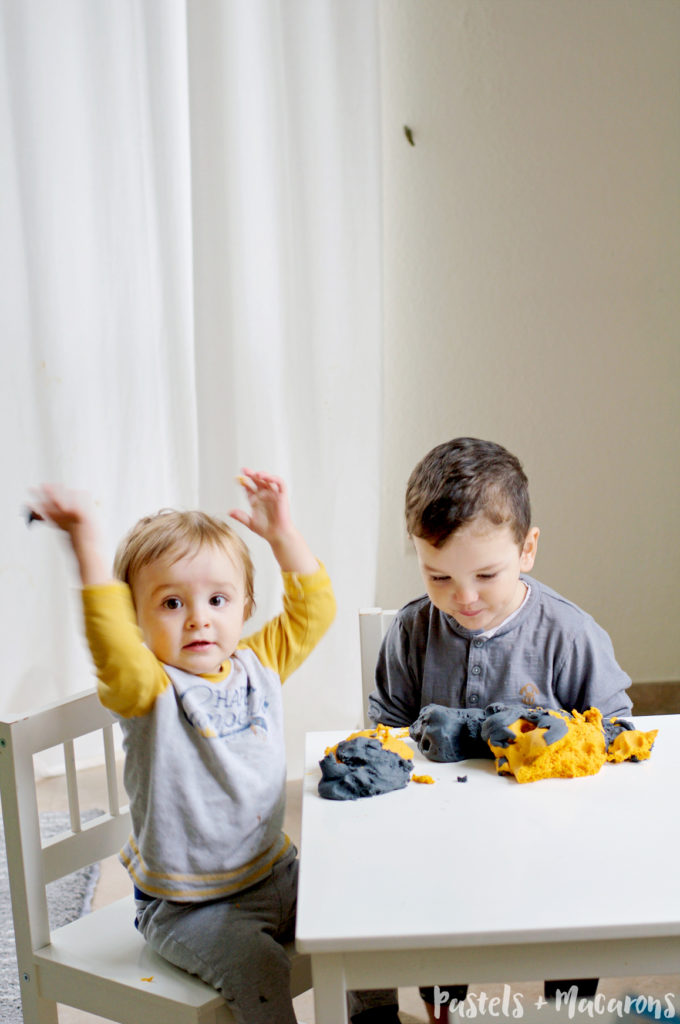 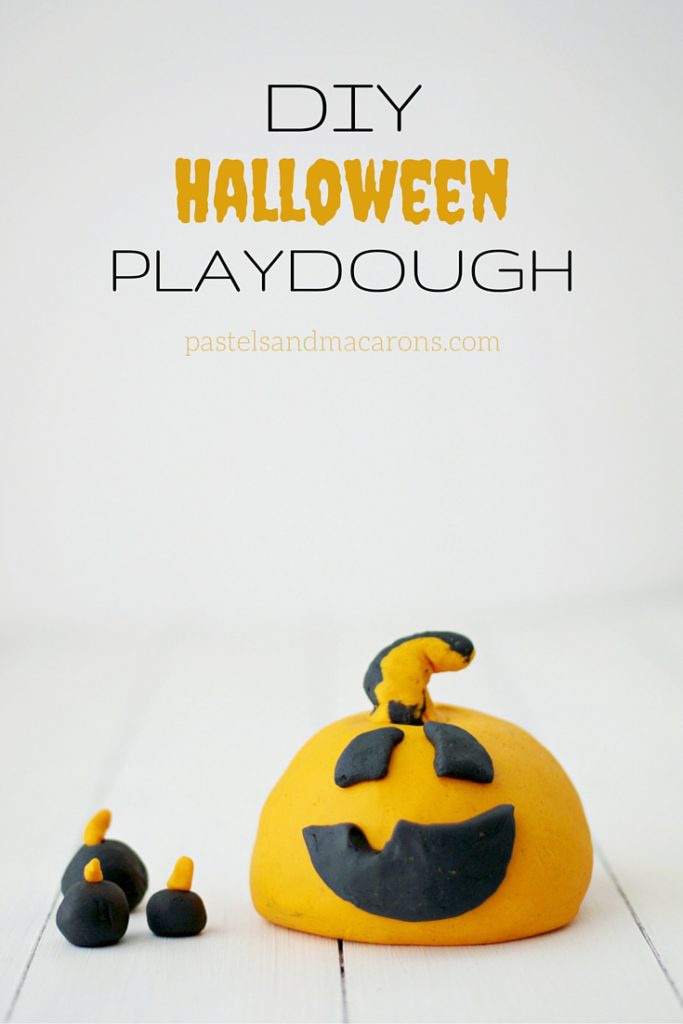 Method
1. Place all the dry ingredients in a large metal bowl. Mix.

2. Create a well in the middle of your dry mixture. Add olive oil followed by the boiling water.

4. Leave until cool enough for you to touch and knead.

5. You have two options. You can do one colour for one batch (that is a lot of one single colour) or can separate the batch into two balls and use half of the bath per colour. If you wish to make one large batch per colour I suggest you add the food colouring with the wet ingredients. If you wish to divide the batch then after making the playdough creating two even sized balls, make a well in the middle of each ball and add your colours to each of the balls. The amount of food colouring depends on how bright you want your playdough. I wanted bright and the black dark! This is completely up to you what you choose to do though. Once you have added your food colouring knead until the dough and food colouring are mixed well and have an even colour. It is much more difficult to choose the second option, I did this a few months back and really needed to work the playdough to create lots of different colours. I suggest the first option!

*Note: I made two large batches. The above recipe makes a pretty large amount but I made this recipe twice. One batch per colour.

Now your kids can have hours of Halloween Playdough fun AND they can make all sorts of cool halloween playdough objects. My kids are too small but maybe print some inspiration images for them to try and recreate some items or a while halloween scene. Just an idea 😉

Let me know if you make this recipe and how it turns out! If you want some more playdough recipe ideas try my Easy Homemade Playdough which is very Bright & Colourful! 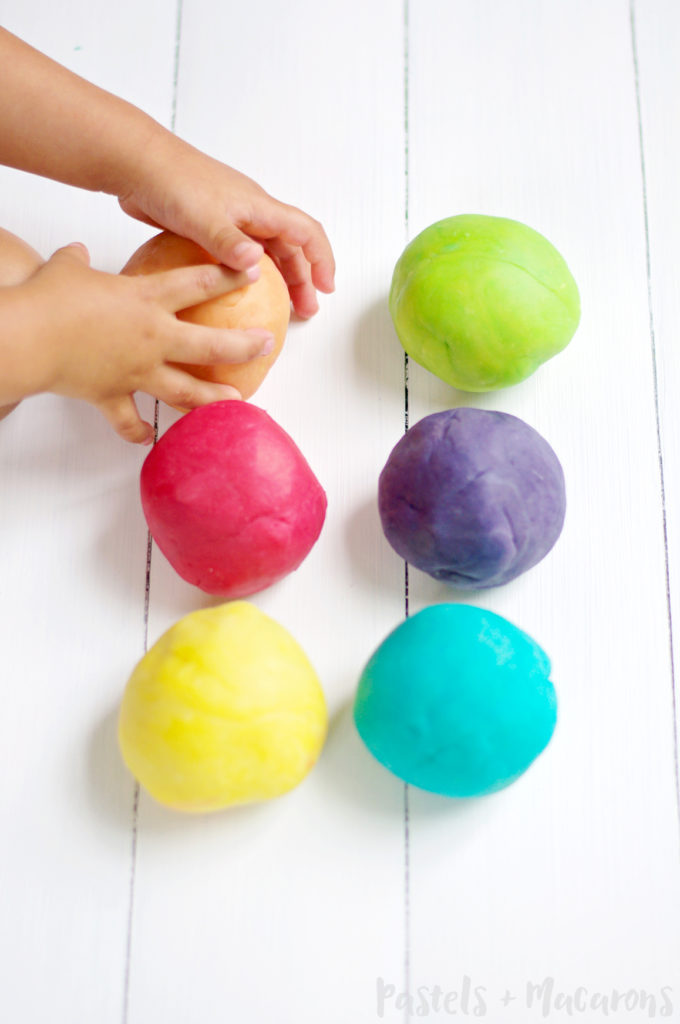 And for some more Halloween DIY fun check out these recent posts! Be sure to pop back to check out some other awesome Halloween crafts and inspiration coming to the blog soon! 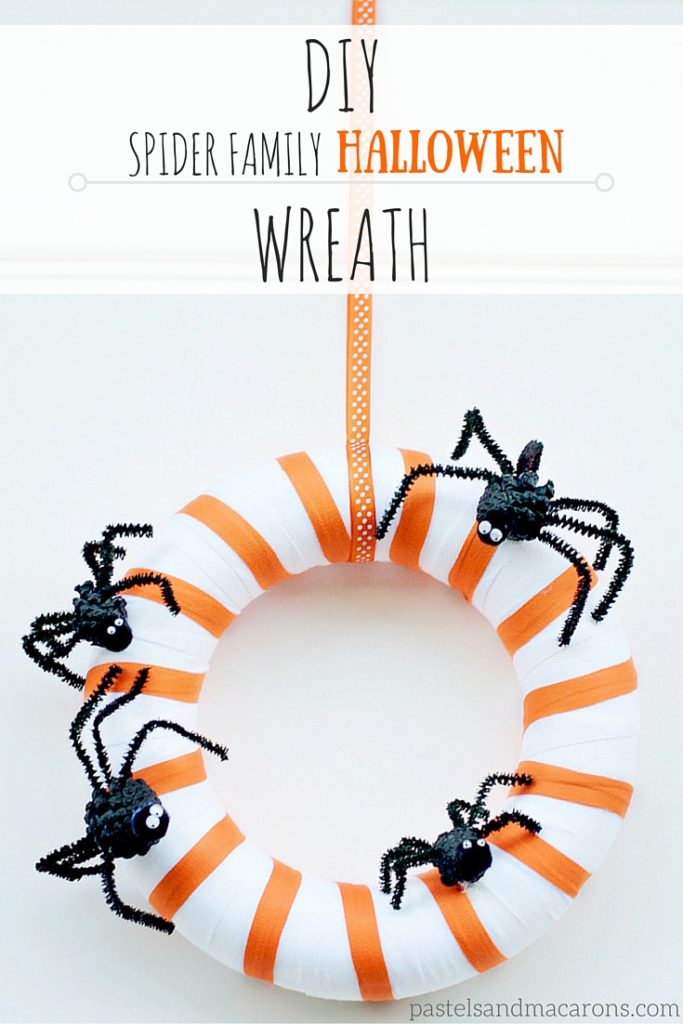 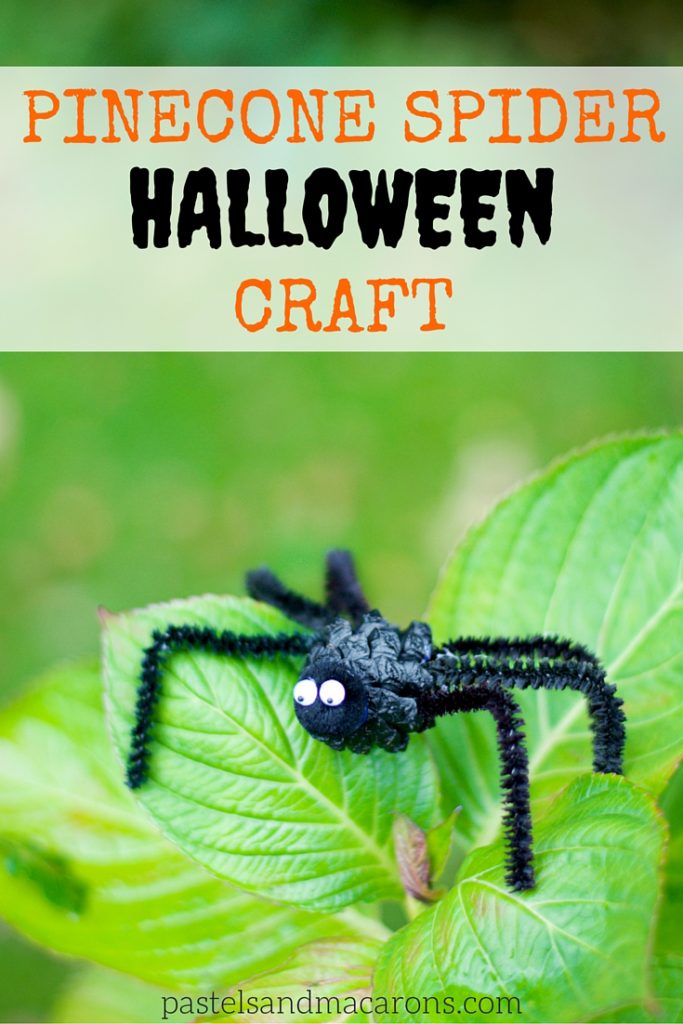 Have a great day and thanks for stopping by 🙂 xx 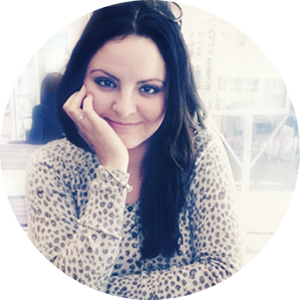